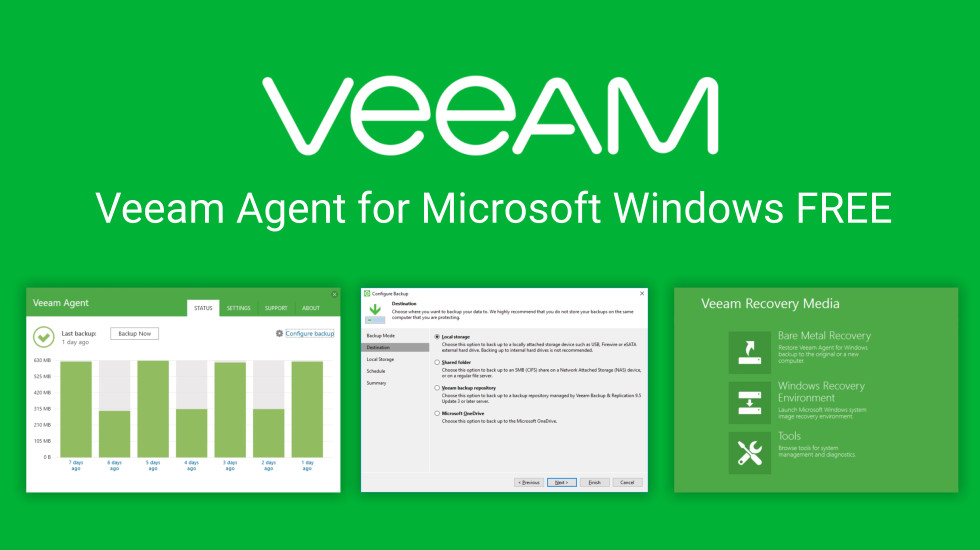 We are regularly deploying Veeam Backup & Replication at some of our medium/larger sized clients who have multiple virtual servers to backup. Veeam is a very powerful and flexible backup solution which has numerous advantages over the built-in Windows Server Backup feature.

Now Veeam’s superior backup technology is available for backing up your own standalone PC for free and can backup to removeable media, network share, and Microsoft OneDrive. The recent inclusion of OneDrive as a backup destination allows seamless backup to the cloud, but only allows you to back up and restore your system state (backing up everything on your PC to OneDrive is available in the paid-for version). 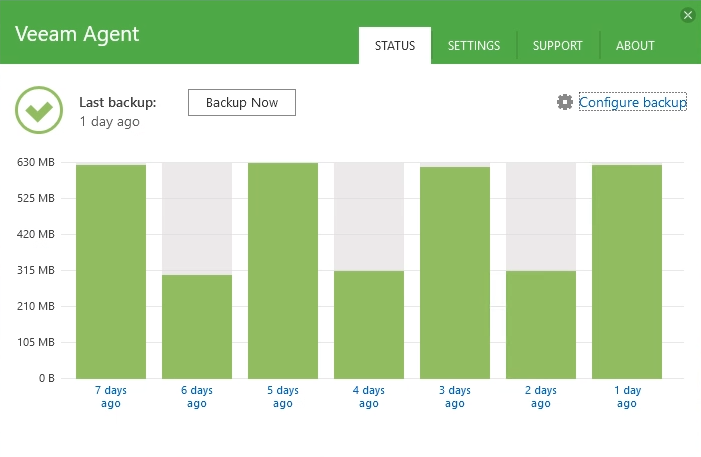 Veeam Agent for Windows has many advantages over the built in Windows System Image Backup feature:

Register and download your free copy here. If you are interested in taking advantage of the advanced server backup features contained in Veeam Backup & Replication, please get in touch.